Mrs. Assetou Sy, a native of Mali and American citizen has long been involved in the politics of empowering women. Her mother was a key member of the the Malian former President’s cabinet. She was responsible for travelling with the President and giving the angle of women.

It therefore is no surprise that today, following her mother’s footsteps, Assetou founded America’s first-ever Malian Cultural Center which seats members both in the USA and Mali.

Mrs. Sy arrived in the USA more than 30 years ago when both she and her husband were studying in Georgetown. From there, Mrs.Sy ventured in to the professional world of the franchise industry, peeking as one of the top managerial staff for the Reise company in New York city. Eventually, she and her husband opened up several private businesses and with their children growing up, decided to bring the most important aspects of their lives together, the Malian culture in America. Today Mrs.Sy is the Executive Founder and Director of the Malian Cultural Center of New York, which holds a United Nations- NGO status, 501c3 org  and has been recognized by the CIty of New York as a remarkable and dynamic organization  bringing culture and education to the children of African heritage. She continues to be the voice of many voiceless women and children who suffer from cultural, religious and even physical abuse. As of today Mrs. Sy holds the following President of the cultural commission of the high counsel of Malian Association of the USA, one of the founding members of the Malian  Women’s association, AMADA and Honorable president of the Malian Journalist Association.

As of today, Mrs. Sy holds the following title as  President of the Cultural Commission of the High Counsel of Malian Association of the USA, She is also one of the founding members of the Malian  Women’s association, AMADA and an Honorable President of the Malian Journalist Association of New York. Mrs Sy has achieved the “Council City Of New York Proclamation Award” for three consecutive years. Mrs Sy frequently travels the world to bring awareness to the dangers of FGM.

Ms. Sy lives in New York with her husband and 2 adult daughters.

To prevent safety/risk for all children through robust family support.

Most Immigrant women and children have to go to distant places for basic health care and education due to lack of knowledge pertaining to resources. New York City is home to over 3 Million immigrants. Of that number, hundreds of thousands of people have been driven out of their home countries due to high poverty levels and violence. Women and children are a vulnerable population and have been subjected to physical and emotional abuse. The violence,intimidation, lack of education and extreme poor conditions that a large portion of the immigrant population in NYC faced in their native countries has been a great factor in making the transition to American life much more difficult for them. For many, their freedom and dignity have been stripped away from them and they have not found the right guidance to make them active and empowered members of society.

UMACA aspires to strengthen and empower families who have had a difficult life and journey. 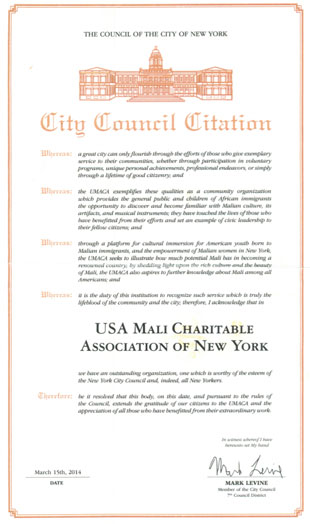